“20 years on: Portraits from Changing Rwanda” is a cross-media project conceived and produced by Hirya Lab. It includes a web documentary, a documentary film and an interactive photo exhibit. 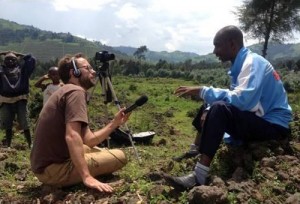 On the 20th anniversary of the genocide, it tells the story of the Rwandans’ struggle to rebuild their lives, bridging the past, the present and the future. It aims to show how individual challenges reflect those of the entire community: stories of reconciliation, but also of inner conflicts that spread and sometimes grow stronger.

The dozens of stories of farmers told in Portraits from Changing Rwanda shed light on how the country confronts its past, which still weighs heavily on daily life there. A majority of the population lives in poverty, and the economy depends heavily on subsistence agriculture.

Rwandans living in the countryside have seen their lives altered by the deep social changes wrought by the genocide: the land has been shared with the “returnees” from exile, farmers have been regrouped in new villages (umudugudu), traditional gacaca community courts have put into practice a policy of justice and reconciliation. Former victims live side by side with former perpetrators in this new environment, and all are trying to rebuild their lives.

Nowadays in Rwanda, it’s very difficult to openly discuss certain matters. Referring to any type of ethnic identity can lead to jail, as can criticising the government’s development policies. Rwandans are also shy about publicly expressing personal opinions, which is why the project based itself on individual portraits, taken behind closed doors.

In order to break down barriers with witnesses, to make interactions more lively and more intimate, and to focus on each person and their story, regardless of their ethnic or social group, the project used a specific photographic concept.

The concept of Polaroid and “unique” photo was made possible thanks to a 1937 camera (Speed Graphic + Aero Ektar lens + Fuji film), with the photo being developed immediately. Two shots were taken each time: one print was given to the person who was photographed, and the other was included in this project. Thus interactions are centred around the shots taken by artist and photographer Arno Lafontaine.